Shop Things to have in your dream shop!

A "get me by" garage

My Journey To My 36x50x14 Dream shop After reading all these awesome posts on garage journal for many years, I have finally set aside the time to post my own thread. My wife and I decided to move out to the country back in the spring of 2013. Our son was due in May, and we were done with city...

Did I read that right?
You ran the plow truck to circulate through the pex to get rid of the snow?
That's nuts, but, hey I guess it worked
I'm guessing gas wasn't 2 bucks a litre then either.
D

I honestly don't think I've ever driven one with them. They've all been old neglected/leaky junk.

Janger said:
That really did turn out nice! What did it cost you?
Click to expand...

About $4 k including buying a few tools like I always do when I mastermind a home project which require tools I don't have . I justify the tool purchase by not having to hire a "handyman " , which at times means some *uckwit i'm probably not going to agree with .

Doggggboy said:
Did I read that right?
You ran the plow truck to circulate through the pex to get rid of the snow?
That's nuts, but, hey I guess it worked
I'm guessing gas wasn't 2 bucks a litre then either.
Click to expand...

I was desperate. Was the only thing I could rig up quick to get some heat to the area. Set the throttle at 2500 rpm and it ran like that for over a week. I was burning four-six 20lb propane tanks and at least a tank of gas in the truck, per day. Doing it over, I would have shut the whole operation down till spring. I was worried about everything being ruined by spring though.

Janger said:
Shower? Cleaning sink - not the one in the bathroom. Exhaust fan? Windows, skylights, natural light. Read about air sealing and the importance of it. Insulation and thermal bridging. The way we build homes and structures in Canada is really poor. Newer approaches can cut energy costs by 90%.
Click to expand...

What would be better? I've got R22 walls, R60 attic, all with well sealed vapor barrier. About the only upgrade would be adding Zip-R or something to the outside or going all spray foam (which I don't particularly like for it's lack of maintenance ability). I suppose ICF would also be another option.

Honestly, compared to most construction in North America, short of high end luxury homes, we are quite well insulated up here.

Administrator
Premium Member
It is a very interesting topic. I thought we had pretty good standards too. Nope. Look up passiv haus homes and related net-zero homes. 90% or better energy reduction. Air leakage is the worst problem. A regular new canadian home might have 3 to 6 air changes an hour with a blower door test. My renovated bunglalow was tested at 3.6. A passivhaus home has 0.6 air changes an hour. All that lost air is loss of heat. More air is moving around inside the insulation making it far less effective. Another big problem is thermal transfer through fasteners, studs, floor joists, concrete floor & walls. Top of interior walls and holes for plumbing, wires, venting all penetrating the attic floor and warm air forces it way through those small leaks. We live in leaky tents. 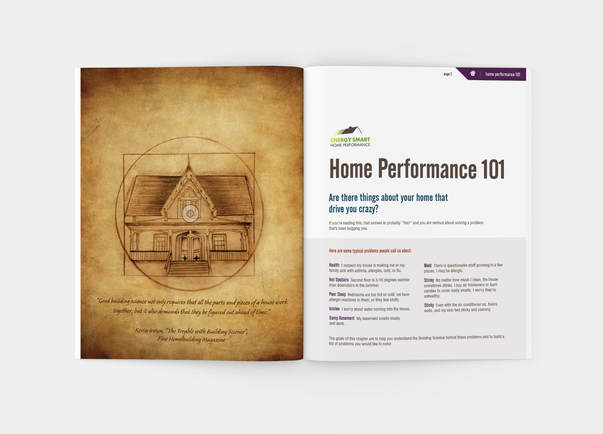 This web site explains the situation much more thoroughly and carefully than I have. I bought his book too. It's good but just the summary articles explain a lot.

You have to put in your email for access to his articles but he has not abused it. I'm not sure when I last heard from them. It's worth it I think.
Last edited: Nov 20, 2022

Some things I have to check out as the property is close to wetland conservation- that may limit some of my construction ie : frost wall vs pad, insulation of said pad, drainage - I was discussing some of these things with @Dabbler this afternoon.

Currently (pun) power runs to the house then back to the existing shop. Idea would be to run in 2 x 200 amp service to the shop and run the second 200 underground to the house and eliminate the overhead wires, mast and meter on the house.

I was able to convert my old AutoCad shop drawings so now I can import the scaled machinery to the show. I can then do a decent update on the drawing that is to scale and easily move around things - LOL

A certain @Brent H would make a nice addition to my shop. Things might get done a whole lot faster and better.

Susquatch said:
A certain @Brent H would make a nice addition to my shop. Thinks might get done a whole lot faster and better.
Click to expand...

Plus, he can weld

@Janger - some of that air exchange is required and you will never get super awesome. All I need to do is vent the washroom or stove or say welding table and I need fresh air coming in. Theoretically you can build it tight as you want but make up air will be required. You also get into humidity control and other things that may cost you more in mechanicals than the original heat loss.

It is always good to build the best you can though

Janger said:
Is concrete in Canada just crazy expensive? What would a shop floor cost in Montana? Burnco and LaFarge have the market locked up and they seem like an oligopoly to me.
Click to expand...

Brent H said:
@Janger - some of that air exchange is required and you will never get super awesome. All I need to do is vent the washroom or stove or say welding table and I need fresh air coming in. Theoretically you can build it tight as you want but make up air will be required. You also get into humidity control and other things that may cost you more in mechanicals than the original heat loss.

It is always good to build the best you can though
Click to expand...

In my post https://canadianhobbymetalworkers.com/threads/things-to-have-in-your-dream-shop.6216/post-91284 I put in a link to a website with a lot of interesting info on this. Since you're building from new I urge you to read up there to see what he says. That's a big volume of air in your new shop to keep warm - you may get some good ideas on how to do that for less.

Floors that sloped and drained to the doors near the doors so rain didn't constantly run across the floor.

Floor drains at the bay centers for vehicle winter parking

A few wall drains for Dehumidifiers.

Full 4 wire 220v outlets all the way around. The neutral is important.

A few things I have that I celebrate:

WiFi Bridge to the house

Premium Member
I wanted to build as tight as reasonable, knowing it was going to be costly to heat. For that reason, and others, I surface mounted all my electrical. Insulation/vapor barrier penetrations are minimized. I used R22 Roxul in the walls. Thermal bridging has shown up in a huge way, due to the amount of wood in the walls. I insulated the headers above the man door and windows, but because I had to use 3ply LVL's above the overhead doors, I didn't have room. So, I plan to wrap the outside of the shop and house in EPS, as i am able. The shop will be easy since i havent done the building wrap or siding yet. The house is getting new siding. Getting the foam board has been the easy part. I picked up 3 dump trailer and 3 truck loads when they redid the roof on our local LCBO dist. center.

I wish my 12 x 24 garage (with lean-to addition 8 x 20), had another 12 feet on the back. I also wish the door was not limiting height to 82 inches (makes machine acquiring nearly impossible). Another 100 amps for 3 phase converter and a Fryer CNC mill CM-20. Unfortunately, I put a shed behind the structure which has been stolen by my tenant. If I could add to the back, I could go another 12 feet. The unfortunate part is the door height would still be an issue. For temporary relief, in the spring I will put another 10 x 10 shed between my house and the garage for storing non-essential wood tools and maybe drawers for stock fasteners and such. This will only be until I win the lottery to by land and put up a huge pole barn.... (Wait, don't you have to buy tickets?)
Last edited: Nov 20, 2022

Premium Member
Solar power, situate the building for optimum solar production. Of course the system would require auto snow removal wipers.
We have 40 panels on the roof and for the past three years have only paid the monthly admin fee and that includes charging the car with a 240v charger.

You do know that @Brent H is moving to the Maritimes. They measure their snowfall in feet not mm...... I don't think wipers will work very well.......

I'd bet they have worked out a way there though. Maybe his wench can remove snow when she isn't moving heavy equipment?

Janger said:
I want to see your shop!
Click to expand...

@Janger I have been lucky enough to see @Darren 's Shop. It is a beauty! I would seldom go inside the house.

Brent H said:
Currently (pun) power runs to the house then back to the existing shop. Idea would be to run in 2 x 200 amp service to the shop and run the second 200 underground to the house and eliminate the overhead wires, mast and meter on the house.
Click to expand...

I was reviewing this thread and failed to notice this issue earlier.

As I understand it, you will be operating your shop as a business. That means that water, heat, and power are all eligible business expenses. One of my biggest issues with that has been separating those costs for the house from the costs for the barn.

I did a SWAG initially. But more recently I bought and installed an Emporium Power Meter. It will monitor panel usage as well as individual circuits. That meant I could keep a record of barn power usage. It also meant that I could monitor the radiant heater power usage which could then be translated into gas usage.

If I was doing it from scratch, I'd install separate meters.

As a side benefit, that would mean I could have separate supplies and not worry about which building is serving which building. The utility companies would probably want to fight it, but I bet one could find a way around that.

Edit - having separate power consumption for the shop also means that you can approximate the heat loss factor. (power and energy input required to maintain a given temp differential.)

Edit 2 - since I understand that you are starting an HVAC business, this info could also be a valuable marketing tool as well as yet another writeoff......
Last edited: Nov 21, 2022

Darren said:
I had to dump it and run back and get as much as I could before it was gone
Click to expand...