Worthy project or piece of scrap?

#21
So after input from @RobinHood I decided to do some more tests. Measured digitally rpm and temp during 15 min run cycle with and without belt. The motor is rated as 15500 rpm with no load and - surprise - my tachometer showed rpm very close to the 15500 mark even after a 15 min run time. The temp during this time only rose to about 38C from a starting point of about 25C. After another 15 min with the belt the temp rose to about 41.5C. Warm but not hot to the touch. Temp was taken near the bearing end of the motor body where the temp was the highest. The spindle did not get as warm as the motor body.

My conclusion is that the machine still runs reasonably well and is worthwhile fixing/restoring. 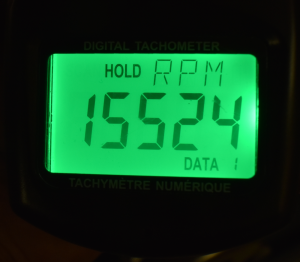 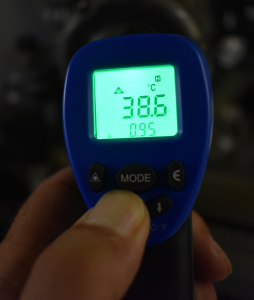 Premium Member
#22
I think you have a good motor & spindle combo.

So, yes, I would continue with the project.

You have probably already checked, Dumore does sell some parts for their TPG. Not sure if your model is compatible with a #44, but for the price they list the replacement pulleys at, you’d be hard pressed to make them yourself.

Here is the link:
https://www.dumoretools.com/parts/series-44-tool-post-grinders#1